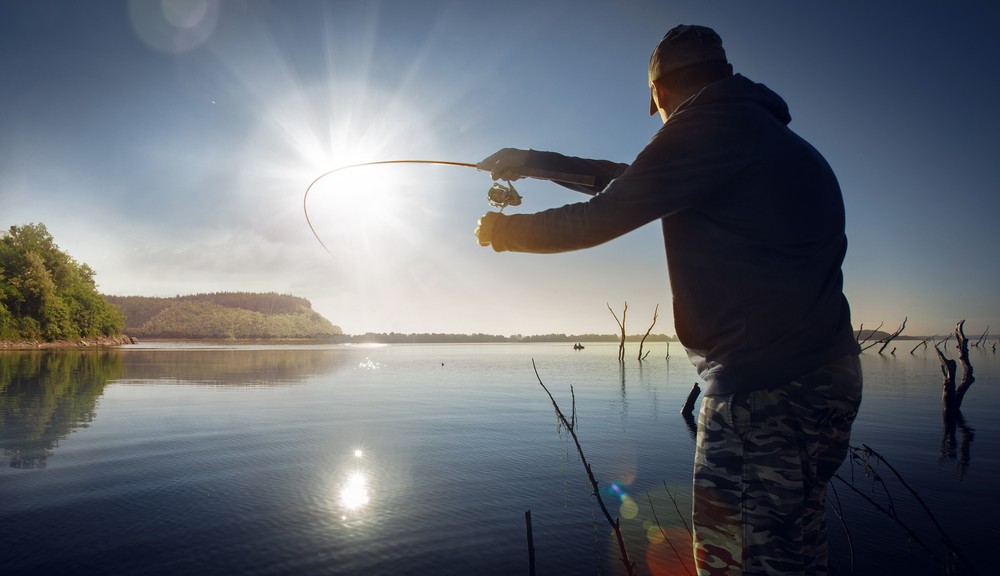 Fish caught and cooked by a river….there’s nothing better. And in Bundaberg, the locals believe their city has some of the best fishing spots in Queensland. Located only four hours drive north of Brisbane, it is a region filled with abundant wildlife, beautiful scenery, and creeks and rivers teeming with fish and crabs.

Whether you’re after a weekend mini-break or week-long holiday, just load up the car, hitch your tinnie to your Almac boat trailer, and get set for a weekend filled with sunshine, serenity and of course, seafood!

Here are our top picks for river fishing Bundaberg-style!

The Burnett River begins at Burnett Heads and meanders its way through the countryside, passing the town of Bundaberg before heading inland. It offers a smorgasbord of fishing options and can be fished from Ben Anderson’s Barrage to its mouth at Burnett Heads. Popular Bundaberg fishing spots to try include Skyringville, the North Wall, Kirby’s Wall, Strathdee’s Rocks, Splitter’s Creek and the Town Reach.

Bream, whiting and barramundi can be caught throughout the year, and in colder months the river produces tailor and blue threadfin salmon. The mouth of the river is also a haven for tuna and mackerel, and the north wall for bream, whiting, flathead and Moses perch.

The main drawcards for lure fishers are barramundi, and blue and threadfin salmon. In the freshwater reaches of the river, bass are the primary target. That’s if you can get past the shoals of catfish! Bass can also be a challenge to catch though, so it’s best to try fishing around floating pylons, buoys, or the bridges skirting the town’s perimeter, as this is where they often lurk. Because the river runs right through the centre of Bundaberg, extending your stay is also easy!

It’s easy to find the best spots — the main access point to the south is at Burrum Heads and from the Bundaberg side, Walker’s Point at Woodgate. When temperatures start to rise, keep your eyes peeled for both jacks and barra as they love warm water.

To make your fishing getaway a memorable one, there are caravan parks and units at Woodgate and Burrum Heads, and popular camping grounds at North Shore in the Burrum Coast National Park. However, you’ll need a camping permit for the National Park, which can be purchased from the National Parks website.

There’s something for everyone at Kolan River, which is popular with local fishers as well as those who love boating and kayaking. The small mangrove-lined tributaries hide cod, mangrove jack, black bream and mud crabs, while the broad, shallow sand flats offer whiting and flathead.

The Kolan River fishes much like the Burnett River, and although it’s a smaller system, the species mix is similar, but with more emphasis on barramundi. After floods over the years, many escapee barras have now made the Kolan their new home, offering a healthy supply. They can be found in the mouth of the river all the way up to the freshwater reaches past Gin Gin and under the wall of Lake Monduran. Barra over 1.2 metres have been caught here— some of the biggest in the region—but you will need to be aware of legal limits.

The main access points for fishing here are the Booyan Ramp on the south which is usable in all but low tide, and the Miara ramp on the north side that can be used on any tide. After Cyclone Oswald hit in 2013, the camping area at the Kolan River is now an island and is only accessible by boat. For more information about camping in the area, check out the National Parks website. As with all national parks, you’ll need a permit.

Image from Above Under

The Elliot River is popular with both fishermen and swimmers, and is a pristine waterway with crystal clear waters covering white sand in its lower reaches. The river has a healthy supply of whiting and flathead, and as you venture upstream, you can encounter mangrove jack, barramundi, cod, and lots of other estuarine species.

The river also offers passage to the sea and is a popular launching spot for anglers wanting to fish the offshore artificial reefs located a few miles from the mouth of the river. However, care must be taken as the bar can get very shallow and rough at times, and the river can have some pretty strong tides. Make sure you check the tide charts and talk to the locals before attempting to cross the bar. A daylight launch is also recommended if you’re inexperienced.

As one of Queensland’s few remaining undisturbed coastal rivers, Baffle Creek is a pristine river system surrounded by rainforest and lots of wildlife. At 35 kilometres long, it’s bigger than any other estuary in Southeast Queensland and ideal for those who love boating, canoeing, and of course fishing!

In terms of a possible catch, you’ll be spoilt for choice here. From tailor, queenfish, trevally, bream, salmon and whiting to perch, flathead, barramundi, cod and more! If you’re after bream, whiting, flathead, flounder or sole, try the extensive sand flats. If you’re a barra chaser, check out the rocky areas down from the mouth of the river.

The main access points into the creek are Flat Rock on the northern side, and the ramps at Boaga and Colonial Cove on the southern side. For a fantastic caravanning experience, make sure you check out the Baffle Creek Caravan Park, which has BBQ areas, a laundry and free amenities blocks.

For years these creeks have been popular destinations for anglers in the Bundaberg area and beyond. At Pancake Creek, there are fantastic angling, spearfishing and snorkelling opportunities. There are also endless opportunities for families, with a coral reef at the mouth of the creek. The oyster-encrusted rocks are bream magnets, but you can also catch tarwhine and flathead here. With favourable weather, consider fishing the rocks and headlands offshore that offer a variety of reef fish.

To access Middle Creek, there is a ramp where you can launch a boat with a four-wheel-drive at all but low tide. A higher tide is needed at Pancake Creek to make the trip safely. Care should also be taken to avoid the rocks and shallow sandbars scattered throughout the entire system.

The best campsites here are on the eastern shore close to the mouth of the river. They are cleared, grassy sites with a sandy beach and picture-perfect views. You will need a permit to camp at either creek, so check the National Parks website for more information.

Lake Gregory is one of two main freshwater reservoirs within an hour of Bundaberg and is surrounded by beautiful native trees and a shoreline filled with green lily pads. In terms of good fishing spots in Bundaberg, it is stocked with bass and saratoga, but before throwing in a line, you’ll need to pay a small fee for a compulsory license. These can be found at most of the region’s tackle shops. It is one of the healthiest bass systems in the area with great catch rates year-round—bass half a metre and larger are regularly caught.

There is no accommodation at the site, however, Bundaberg is only a short drive away and offers plenty of options.

Located 20 kilometres north of Gin Gin, Lake Monduran covers over five thousand hectares and is home to catfish, bass, and some of the best barramundi fishing in Australia. In fact, it was the site of the 2010 world record barra catch—a monster that weighed over 44 kilos! Although the dam was devastated by flood events in 2011 and 2013, stocks are slowly being replenished, and anglers are now landing numerous (and sizeable!) fish in a session. However, you will need a stocked impoundment permit to fish here.

If you’re keen to enhance your chances of hooking the next record breaker, then why not consider a longer getaway? Lake Monduran Holiday Park offers facilities for tent, caravan, motorhome and campervan stays.